XEN1101, A Differentiated KV7 Potassium Channel Opener for the Treatment of Epilepsy

We are developing XEN1101, a differentiated Kv7 potassium channel opener, for the treatment of epilepsy, major depressive disorder (MDD), and potentially other neurological disorders.

The Kv7 potassium channel mechanism has been clinically validated with ezogabine, an earlier generation Kv7 opener that was approved by the FDA as an adjunctive treatment for adults with focal seizures with or without secondary generalization. XEN1101’s unique composition is chemically designed to improve upon potency, selectivity and pharmacokinetics, or PK, of ezogabine, and is not expected to have ezogabine’s composition-specific tissue pigmentation effects.

On October 4, 2021, Xenon reported positive topline results from the Phase 2b X-TOLE clinical trial, which evaluated the clinical efficacy, safety, and tolerability of XEN1101 administered as adjunctive treatment in adult patients with focal epilepsy.

The trial met its primary efficacy endpoint with XEN1101 demonstrating a statistically significant and dose-dependent reduction from baseline in monthly (defined as 28 days) focal seizure frequency when compared to placebo (monotonic dose response; p<0.001). Additional primary and secondary measures included a pairwise comparison of each active dose to placebo and a responder analysis with the proportion of patients who achieved a 50% or greater reduction in monthly focal seizure frequency from baseline.

On December 3, 2021, Xenon presented X-TOLE clinical data at the annual meeting of the American Epilepsy Society (AES2021). Our XEN1101-related presentations have been posted here.

Xenon will participate in an “end-of-Phase 2” meeting with the U.S. Food and Drug Administration (FDA) in the second quarter of this year to support the initiation of its Phase 3 XEN1101 clinical program in adult patients with focal epilepsy, estimated in the second half of the year. The ongoing X-TOLE open-label extension also continues to generate important long-term data for XEN1101. Xenon is also evaluating other potential epilepsy indications for the future development of XEN1101.

Xenon continues to execute on its comprehensive strategy to protect and expand the intellectual property portfolio that covers XEN1101. Importantly, two additional U.S. patents were granted in 2021 with claims related to: (1) compositions-of-matter covering four distinct crystalline forms of XEN1101 drug substance (including the forms used in current and future clinical development); and (2) methods of enhancing the bioavailability of XEN1101 by administration with or close to a meal (consistent with the dosing of XEN1101 in clinical studies). These U.S. patents are expected to expire in 2040 and 2039, respectively, absent any extensions of patent term.

About Epilepsy and Focal Onset Seizures 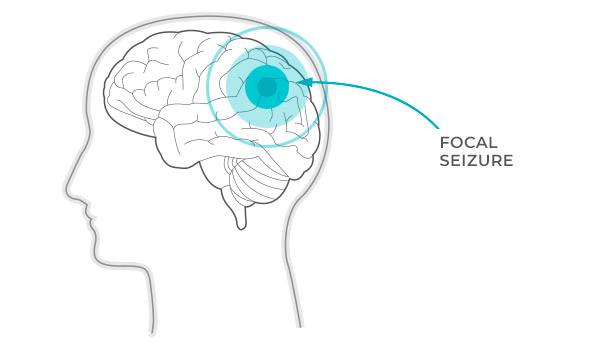 Epilepsy is a chronic neurologic disorder, the hallmark of which is recurrent, unprovoked and unpredictable seizures. Individuals are diagnosed with epilepsy if they have two unprovoked seizures (or one unprovoked seizure with the likelihood of recurrent seizures) that were not caused by a known and reversible medical condition. Seizures are generally described in two major groups: generalized seizures and focal seizures. Focal seizures are the most common type of seizure experienced by people with epilepsy. A focal seizure is localized within the brain and can either stay localized or spread to the entire brain, which is typically categorized as a secondary generalized seizure. Focal seizures account for approximately 60% of seizures in the U.S., which results in a total focal onset seizure patient population of approximately 1.8 million patients.

Numerous ASMs are available for the treatment of focal seizures in the U.S. The treatment of an individual patient with focal seizures is currently focused on reduction of seizure frequency, with seizure freedom as the ultimate goal. Early treatment typically begins with monotherapy followed by increasing use of polypharmacy to manage patients with residual seizure burden. Despite the availability of multiple treatment options, approximately 50% of patients are considered inadequately managed with initial lines of therapy warranting additional treatment options. For poorly managed patients, physicians increasingly turn to complementary mechanisms used as adjunctive therapy to control seizures. Based on our prior market research, we believe XEN1101 could offer a compelling value proposition for focal epilepsy patients with residual seizure burden if approved.

Based on its differentiated Kv7 mechanism of action, Xenon is expanding the development of XEN1101 to support proof-of-concept studies in MDD, which are supported by XEN1101 pre-clinical and clinical data, and previous ezogabine clinical data that explored the targeting of KCNQ channels as a treatment for MDD.

Based on promising pre-clinical data with XEN1101 and published clinical data generated from both an open-label study and a randomized, placebo-controlled clinical trial that explored the targeting of KCNQ channels as a treatment for MDD using ezogabine, Xenon is evaluating the efficacy, safety and tolerability of XEN1101 for the treatment of MDD in a Phase 2 randomized, double-blind, placebo-controlled, multicenter clinical study – called the “X-NOVA” clinical trial. Following a 4-week screening period, approximately 150 subjects with MDD will be randomized (on a 1:1:1 basis) for once-daily dosing of XEN1101 (10 mg), XEN1101 (20 mg) or placebo for 6 weeks. The primary objective is to assess the efficacy of 10 mg and 20 mg doses of XEN1101 compared to placebo on improvement of depressive symptoms in subjects diagnosed with moderate to severe MDD, using the Montgomery-Åsberg Depression Rating Scale (MADRS) score change through week six. Secondary endpoints include improvement of anhedonia symptoms assessed by the Snaith-Hamilton Pleasure Scale (SHAPS) score change through week six, as well as improvement of anxiety symptoms measured by the Beck Anxiety Inventory (BAI) score change through week six. Topline results from the X-NOVA study are anticipated in 2023.

In addition, Xenon is collaborating with the Icahn School of Medicine at Mount Sinai to conduct an ongoing investigator-sponsored Phase 2 proof-of-concept, randomized, parallel-arm, placebo-controlled multi-site study of XEN1101 for the treatment of MDD in approximately 60 subjects. The primary objective of the study is to investigate the effect of XEN1101 on the brain reward circuit as measured by the change in bilateral ventral striatum activity as assessed by functional MRI (fMRI). The secondary objectives are to test the effect of XEN1101 compared to placebo on clinical measures of depression and anhedonia using the MADRS and SHAPS scales. Approximately 60 patients will be randomized in a 1:1 fashion to XEN1101 (N=30) or matching placebo (N=30), with subjects taking 20 mg once a day of either XEN1101 or placebo for 8 weeks. The primary objective is to investigate the effect of XEN1101 on brain measures of reward using functional Magnetic Resonance Imaging (fMRI). Secondary endpoints include clinical measures of depression and anhedonia.