XEN496, a Kv7 potassium channel modulator, is a proprietary pediatric formulation of the active ingredient ezogabine being developed for the treatment of epilepsy.

Published case reports where physicians have used ezogabine in infants and young children with KCNQ2-DEE suggest that ezogabine may be efficacious in this often hard-to-treat population.

To support the planned Phase 3 clinical trial of XEN496 in patients with KCNQ2-DEE, Xenon completed a pharmacokinetic (PK) study testing its proprietary pediatric formulation (XEN496) in 24 healthy adult volunteers. The PK profile observed for XEN496 is comparable to historical PK data for immediate-release ezogabine tablets, with XEN496 showing similar absorption and elimination curves, which supports plans for Phase 3 development. The proposed trial design is a randomized, double-blind, placebo-controlled Phase 3 clinical trial to evaluate the clinical efficacy, safety, and tolerability of XEN496 in approximately 40 pediatric patients with KCNQ2-DEE. The primary endpoint is expected to be the median percent change in seizure frequency from baseline compared to treatment period of active versus placebo.

With the FDA having completed its review of the clinical trial protocol, Xenon is on track to initiate the XEN496 Phase 3 clinical trial in pediatric patients with KCNQ2-DEE before year-end (2020).

The XEN496 Phase 3 “EPIK” clinical trial is titled “A Phase 3 Study of Adjunctive XEN496 in Pediatric Subjects with KCNQ2 Developmental and Epileptic Encephalopathy.” This study is designed as a randomized, double-blind, placebo-controlled, parallel group, multicenter clinical trial to evaluate the efficacy, safety and tolerability of XEN496 administered as adjunctive treatment in approximately 40 pediatric patients aged one month to less than 6 years with KCNQ2-DEE. After screening, patients will enter a baseline period to assess the frequency of seizures. Eligible subjects will be randomized on a 1:1 basis to receive either XEN496 or placebo for approximately 15 weeks (titration and a 12-week maintenance period). At the end of treatment, there will be a period of tapering off of study drug, followed by a 28-day safety monitoring period. Patients may be considered for an open-label extension if they meet all requirements. The primary endpoint is the percent change from baseline in monthly countable motor seizure frequency during the blinded treatment period, as recorded by caregivers in a daily seizure diary. Key secondary endpoints include the proportion of patients experiencing greater than or equal to 50 percent reduction in monthly seizure frequency from baseline, caregiver global impression of change (CaGI-C) scores, and caregiver global impression of severity (CaGI-S) scores. 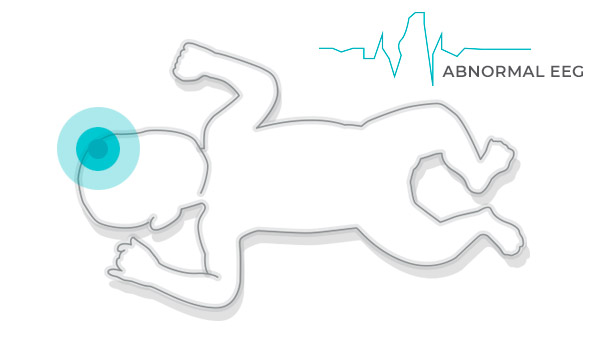 KCNQ2 developmental and epileptic encephalopathy (KCNQ2-DEE), otherwise known as EIEE7, is a rare, severe neurodevelopmental disorder with a significant seizure burden and profound developmental impairment. KCNQ2-DEE is uniquely characterized by multiple, daily, refractory seizures presenting within the first week of life with a prominent tonic component and autonomic signs. Seizures are often accompanied by clonic jerking or complex motor behavior. The electroencephalogram, or EEG, at onset of the disease shows a burst suppression pattern later evolving into multifocal epileptiform activity. The infants usually develop a severe to profound intellectual disability with axial hypotonia that can be accompanied by limb spasticity. The seizure activity typically decreases with age with some patients becoming seizure free or experiencing more minor seizure burden by 3 to 5 years of age; however, a survey of patient caregivers conducted by us indicates that a significant proportion of patients have ongoing seizures
beyond this age range. The intellectual disability and other co-morbidities are not reversed or improved with age and patients generally require life-long care. Patients are often non-verbal and some children may also have autistic features. Seizure-related bradycardia and oxygen desaturation with cyanosis have been observed, and are thought to contribute to the significant risk of Sudden Unexpected Death in Epilepsy, or SUDEP, in these children. A recent epidemiology study from Europe examining the incidence and phenotypes of childhood-onset genetic epilepsies reports the incidence of KCNQ2-DEE as approximately 1 per 17,000 live births (5.89/100,000).

There is strong human genetic validation and pharmacologic evidence, including published case studies that support the use of XEN496 as a potential treatment for KCNQ2-EE. The KCNQ2 gene encodes for the Kv7.2 voltage-gated potassium channel. Loss-of-function missense mutations in KCNQ2 can cause KCNQ2-EE, which is characterized in general, by multiple, daily, treatment-resistant seizures often presenting within the first week of life. XEN496 may have a greater potential to improve long term outcomes in KCNQ2-EE, as ezogabine enhances transmembrane potassium currents mediated by the Kv7.2/7.3 channels, thus potentially reversing the underlying genetic abnormality of KCNQ2-EE. By activating Kv7.2/7.3 channels, it is expected that XEN496 should stabilize the resting membrane potential and reduce brain excitability and may have the potential to improve brain function and cognitive development, in addition to decreasing seizures. In one previously published case report of 11 patients (Millichap 2016), ezogabine was associated with improvement in seizures and/or development in three of the four infants treated before six months of age, and two of the seven treated later. No serious adverse effects were observed in that study. Another study that included a review of medical records and structured interviews with families of eight children with KCNQ2-EE who had previously been prescribed ezogabine (Olson 2017), also suggested that ezogabine was effective and tolerable. Sustained improvement in seizure frequency was observed in five of the six patients with at least weekly seizures, along with improvements in development or cognition in all eight patients. The only adverse event reported was urinary retention in 3 patients and overall, ezogabine was well tolerated.